Contemplations about Life, Love, & the Pursuit of Meaningful Existence…

Archive for the tag “careers” 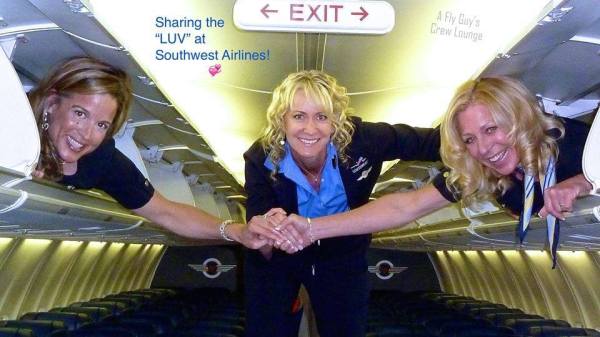 Are they merely cocktail waiters/waitresses in the sky? Folks who took a gander upward one day and started humming “Leaving on a Jet Plane?”

The gentleman I worked with on my last trip served in law enforcement as a special investigator for forty years. When I asked if he was required to retire from the force at a certain age, he told me that his son had been killed in Iraq in 2007 causing him to reevaluate life in general. This was something he’d always wanted to do — a bucket list item of sorts. At 64, serving passengers and exploring the world is the retirement gift he chose to give himself.

So, next time you’re traveling by plane, spark up a conversation with the flight attendants. You may be surprised and inspired by the path that lead them there.